Whooooooaaaa Nelly.. what the heck am I talking about? Well, you asked. I delivered. A post with actual pictures. I'm sorry to leave you all hanging! Haha.. I meant to do some last night, but I just got carried away at home, doing... nothing. I was resting!!! I am still in recovery from all the excitement, but I'll get there. It's amazing how now that I am older, it takes me twice as long to recover from events than before.. ohhhh the joys!
So.. you want to see a few things.. like the food I ate and what I wore right? Well, we'll start there!

What did I eat?

Saturday:
Dunkin Donuts. Bagel, egg, & cheese. Greasy. And disgustingly good. It was just one part of the grossly good food we had.. No picture! I ate it too quick!

Saturday Afternoon:
I ate half a chicken fajita wrap from some little deli across the street from the hotel. It was ok- the guy didn't warm it up- so blah. I ate chips and dip to make up for it.

Also consumed: A Magnolia cupcake, cupcake. At the Bleeker St fair that we stopped at during the SATC tour. It was delicious! 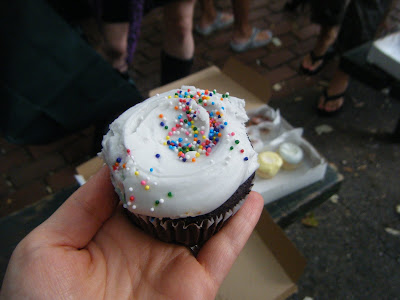 Later that night- we had pizza! This was the best pizza I've had in a LONG time. Maybe it's because I haven't had pizza in forever either.. and I was starved of pizza-ness.. 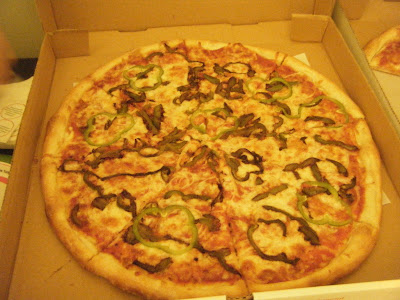 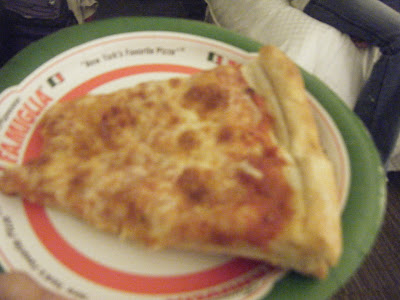 The pieces were huge! But I still ate two of them. And two more at 3 am when we got home. Let's just say, I was busting out of my dress.. and it wasn't just because my boobies are big!

So my favorite part of the SATC tour was stopping at the Pleasure Chest. So I'm going to warn you, if you have a weak stomach, stop reading now! If you are like me and have the sense of humor as a 15 year old boy... get ready to laugh hysterically. 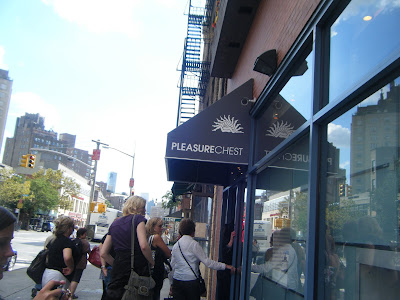 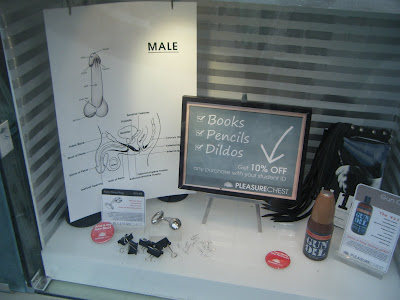 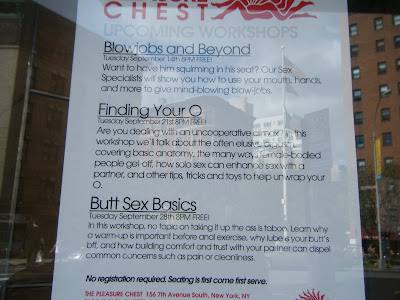 (we were not allowed to take pictures inside the store- but no matter- you see these and get the idea!)
Some sights that were seen inside the store.. a "c*m rag". It was a "dish towel" labeled as something one would use to clean oneself. We each bought one. LOL

Then there was the man inside the store the with the uber short shorts...................... he had a little something something hanging out...Sarah, Tanya, and I saw him.. we just about died! (Imagine forced whispers and shocked small gasps while elbowing each other and trying not to scream in horror.)

Lots of ladies were buying things and I don't think they realized that they wouldn't be able to be inconspicuous about it either.. Because of the stores no return policy they need to make sure you know what you are buying.... so they take it out of the box, wave it around, tell you how to use it....

So we left, after touching and poking each other with almost everything. What can I say? We are like little boys. Ha!

We headed back to the hotel to get ready for the night.. The following pictures are pics I jacked off my friend. I hope you like!!!

A@ Please Don't Eat Me!
Fun-loving Momma who struggles in the kitchen sometimes to find the balance between crazy disorded eating and healthy balance. And tries not to pass that along to the kids.. You will NOT find any sound medical advise, political correctness, or quiet opinions on anything here. Sarcasm, wit, funnies, stories, dramas, kids, and if you're lucky FOOD!